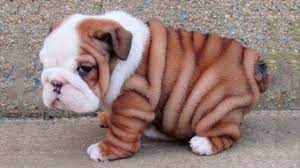 The Bulldog is one of the most difficult dogs to breed and wean. You should not rush into doing it as there are many things you need to consider first.

Firstly, Bulldog bitches come into season at very irregular intervals. It is not uncommon for a year to go by without them coming into season. This makes planning a  Cheap french bulldog breeding very difficult if you don’t have a suitable stud boy close by. Stud owners require a bit of notice as good proven stud dogs are popular and are often very busy. The bitch is normally most fertile around ten days into her season but this can vary. To be sure you will have to take your bitch to a vet who will take a sample of blood to check when she is most fertile.

Most respected stud dog owners will ask to keep your bitch with them for up to a week to undertake multiple matings. This way a successful mating is more likely to occur. Some stud owners charge upfront for this service (anything up to £500) whilst others will ask for the money upon confirmation of a pregnant bitch.

Your bitch should give birth around 63 days from the date of the successful mating but unfortunately may need to have a cesarean section operation due to the large heads and upper bodies of the puppies. It is prudent to take your bitch for a check up at 6 weeks into her pregnancy to see if a cesarean is necessary.
It is far better for you and the bitch to have this organised in advance than to see your bitch struggling in labour for hours with the chance of losing her and the litter. Sadly, this happens all too often.

When the puppies are born then your work really starts. For the first 3 weeks you will find you get very little sleep. Bulldogs are clumsy and will often roll over onto their litter without even knowing a puppy is there. This can suffocate the puppy if you are not on hand to rescue it. Some breeders use pig rails that go around the edge of the crate/birthing box and give the puppies a safe place to hide away.

Some puppies won’t suckle unless you put them on the teat and have to be fed every two hours in the early weeks of their lives. This means you won’t be getting much sleep during this time. I normally sleep in the same room for the first three weeks to ensure I don’t lose any puppies.

The cost of breeding is prohibitive so don’t go into breeding your bulldog expecting to make lots of money. You might if you are lucky but what happens if you have just one puppy in a litter like I did on one occasion. I had the stud fee, cesarean costs, vaccination fees, food fees and advertising. You must truly love dogs to be a successful breeder so if you are and you have the funds available then this can be a very rewarding but tiring time.

Jenni Hadlow has been a bulldog owner and breeder for many years as well as being an internet marketeer.

The Bulldog is one of the most difficult dogs to breed and wean. You should not rush into doing it as there are many things you need to consider first. Firstly, Bulldog bitches come into season at very irregular intervals. It is not uncommon for a year to go by without them coming into season.…